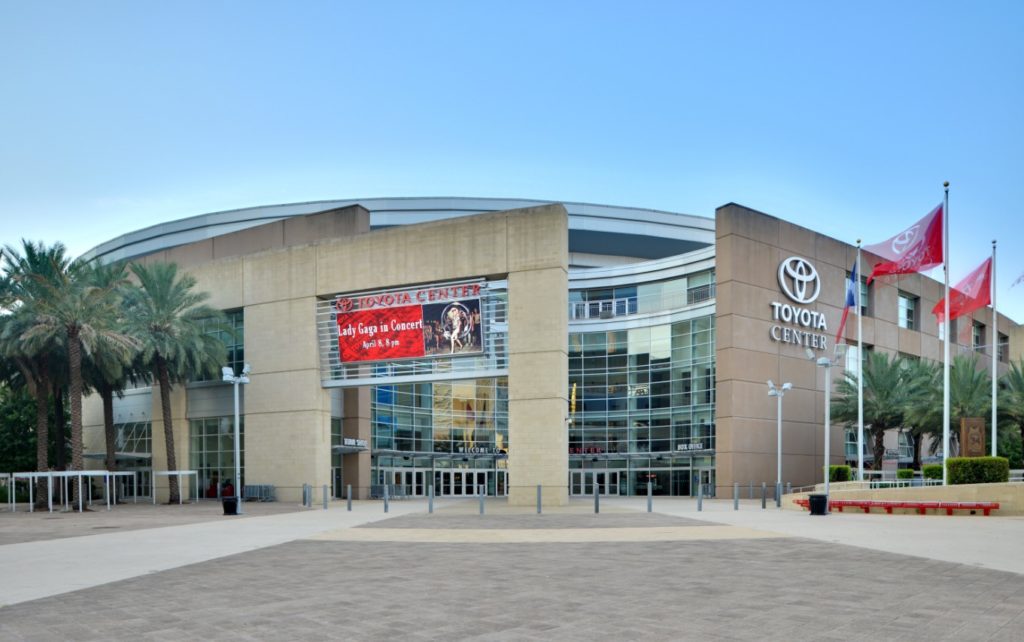 Toyota Center is an indoor arena located in downtown Houston, Texas. It is called after the Japanese automobile manufacturer Toyota. The arena is home to the Houston Rockets of the National Basketball Association, and it was as soon as the house of the Houston Aeros of the American Hockey League.

Rockets owner Leslie Alexander first began to ask for a new arena in 1995, and attempted to launch the Rockets from their lease at The Summit, which ran up until 2003. However, he was denied by arena owner Chuck Watson, then-owner of the Aeros, who likewise desired control of a brand-new arena. The two sides accepted equal control over an arena in a deal signed in 1997, but the proposal was rejected by city citizens in a 1999 referendum. It was not up until the city and the Rockets signed a modified agreement in 2001, excluding the Aeros, that the proposition was accepted.

Construction started in July 2001, and the brand-new arena was officially opened in October 2003. The total costs were $235 million, with the city of Houston paying the majority, and the Rockets paying for improvements. Toyota paid US$ 100 million for the identifying rights. Houston Texas Information.

In May 1995, a number of Texas sports teams, including the Houston Rockets, proposed legislation that would commit state tax revenue to develop new arenas. Although the expense was failed in the Texas House of Representatives, Rockets owner Leslie Alexander revealed he would continue to study the possibility of building a brand-new arena in downtown Houston, saying the 20-year-old Summit arena was too obsoleted to be successful. Although the Summit’s management stated they might refurbish the structure for a small part of the cost of a new arena, the Rockets started talks with the city of Houston on a possible place for an arena, They also negotiated with Houston Aeros and Summit owner, Chuck Watson, to release them from their contract with the Summit, which ran up until 2003.

As the settlements continued into 1996, a panel designated by Houston mayor Bob Lanier reported that building a brand-new arena was “important to keep professional sports in Houston”. The city of Houston submitted a counterclaim to require the Rockets to remain at the Summit, stating that if the Rockets did not honor their agreement, then they might “have no incentive to honor any brand-new arrangement with the city of Houston to play in a brand-new downtown sports arena”.

Nevertheless, after the NHL decided not to think about Houston as a place for an expansion team because of the indecision over the new arena, Lanier stated that he would not have a referendum in November. The Rockets began an appeal in January 1998 against the court order to remain at the Summit, but then dropped it in May, because they felt that a new arena would be ready by the time they finished their lease. In January 1999, just recently chosen mayor Lee Brown guaranteed a referendum on the issue prior to completion of the year.  After a number of months working out with the Harris County-Houston Sports Authority, the Rockets completed an offer to share of the constructions costs, and a referendum was set for November 2.  The deal was authorized by Brown and the Houston City Council, but Watson began an opposition group versus the referendum, stating the arena was “not in Houston’s interest”. On November 3, the results of the referendum were revealed, and the arena proposal was turned down by 54% of citizens. Alexander stated “we never ever thought we would lose” and that they were “devastated by the loss”.

After the vote, NBA commissioner David Stern stated “if there’s not a new building … I believe it’s particular that the team will be moved.”  The Houston Sports Authority had actually not planned to meet the Rockets till after the 1999– 2000 NBA season ended, but after the Rockets started to talk to other cities about relocation, they resumed talks in February 2000.  Although the Rockets continued to negotiate with Louisville, Kentucky, a funding prepare for the arena in Houston was launched in June. A final arrangement was proposed on July 6, and both the Rockets and mayor Brown agreed to the terms. After the city board authorized the deal, the proposition was placed on the November referendum ballot.  Leading up to the vote, the Rockets stressed that there would be “no brand-new taxes of any kind”, Challengers said the new arena would raise energy intake, and also contended that the public would pay for too much of the expenses of the arena. Contributions for the campaign for the arena included donations of US$ 400,000 from Reliant Energy, and a total of $590,000 in loans and contributions from Enron and Ken Lay,  who the Rockets stated was a “determined” force in the campaign. On November 8, the arena was approved by 66% of voters.

The arena can seat 18,104 for a basketball game, 17,800 for ice hockey games, and 19,300 for concerts. The rates for courtside seats to a Rockets game in the brand-new arena were raised by as much as 50% compared to rates in the team’s old home, while upper-deck seat rates were decreased.

Furthermore, the flooring level includes three separate private club lounges for access from court-side seat holders and flooring seat show goers. Lexus Lounge and Golden Nugget Club are on the west side of the flooring level and the Bogarts Platinum Lounge lies on the east side of the floor level. All function upscale features including several flat screen tvs, private bar, washrooms, and plush seating. The Lexus Lounge has its own swimming pool tables and all three court-side lounges include numerous private court-side suites.

Levy Restaurants manages concession services at the arena, and uses fast food on the main concourses, while also catering a VIP restaurant for Suite and Club Seat holders. Alexander personally chose colors for the restaurant to help customers feel “warm and comfy”, and Rockets president George Postolos said that the Rockets looked “for a relationship with individuals that go to occasions in our venue”.  Initially, a 40 feet (12 m) by 32 feet (9.8 m) centerhung video system from Daktronics, which has four main replay screens and eight other full-color display screens, hung from the ceiling of the arena, and had the highest-resolution screen of any North American sports center. In 2012, the Toyota Center set up a bigger, 4 panel scoreboard, similar to the one set up at AT&T Stadium, measuring 58 feet (18 m) by 25 feet (7.6 m) on the sidelines, and 25 feet (7.6 m) by 25 feet (7.6 m) on the ends, making it the largest such video board in an indoor arena. This bigger scoreboard was installed by Panasonic and made its launching throughout the Houston Rockets 2012– 13 season opener. The arena has 2 extra screens located at each end of the court, and a “cutting edge” audio system.

Another amenity brand-new to the Toyota Center in the 2012– 2013 season is Wi-Fi. Created by SignalShare and executed by OfficeConnect.net, the Wi-Fi network is released throughout the arena and permits high-speed internet gain access to throughout events. Its execution was timed to be all set for the NBA All-Star Game.